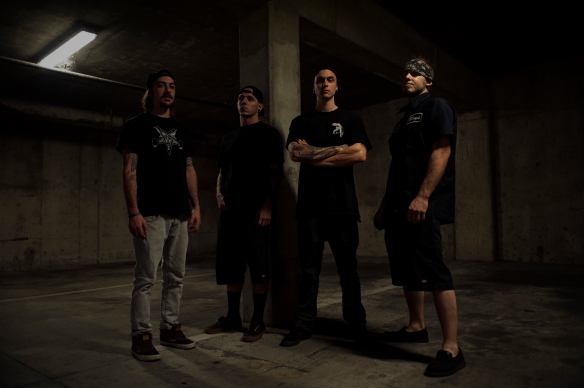 Arizona rockers Murkocet give us modern brutal American metal on their fine debut album. It’s heavy but not sinister in a great mix of styles.

The band Murkocet was formed in Arizona in 2013 by vocalist Richie Jano, guitarist Nate Garrett, drummer Mike Mays and bassist Brandon Raeburn. They have now released “Digging Mercy’s Grave”, their very solid debut album. The music is brutal, heavy and angry. But it’s not so dark or sinister. 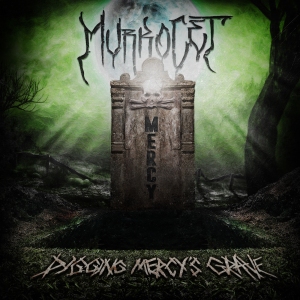 Something is a bit different here and I like it. There are some obvious Lamb of God influences here, but there’s more to it than that. One of the tracks, “Strip Club Massacre”, has been selected as a soundtrack for a horror movie. Despite that, I don’t see too much darkness here. This is not evil, but it is aggressive in a hardcore punk sort of way (a small whiff of Suicidal Tendencies perhaps).

This very competent band certainly plays a form of modern extreme metal, but there are plenty of “normal” heavy metal guitars on the songs on this album. Those guitars make Murkocet’s music more melodic and accessible while the songs still remain very heavy and mostly brutal. This is very good and modern American metal with some serious groove. 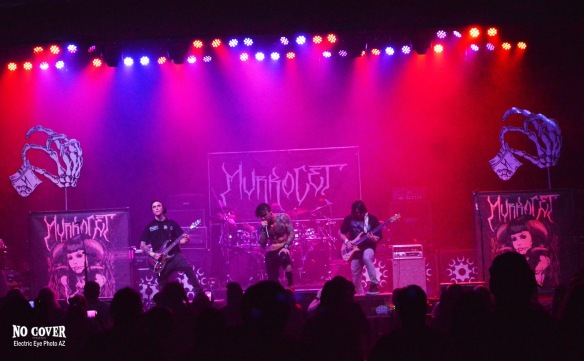 “California Smile” is an obvious favourite and the furious “Repo Man” (brutal rock’n’roll) is perhaps the album’s best track. The album’s eleven tracks are all good and make this a very solid debut album by a very promising band.