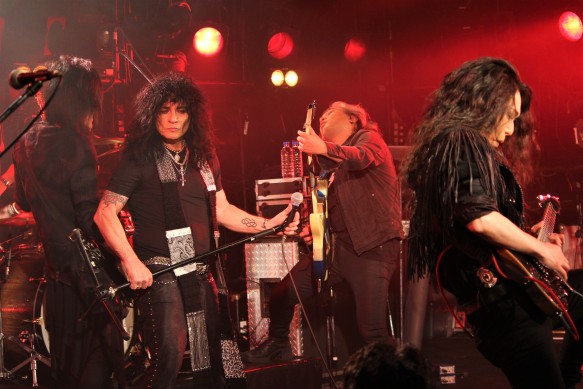 Having fronted Rough Cutt, Quiet Riot and King Kobra as well as being involved in many other projects, bands, albums and shows, American singer and musician Paul Shortino has quite a career to look back on. The 64-year-old vocal powerhouse has no problem in digging into the vaults to put together a couple of hours of fabulous music for this career retrospective. What a treat of a show he and his Paul Shortino Band deliver to his Japanese fans.

Paul Shortino and his Japanese backing band kick off the evening in style with the King Kobra song “Rock This House” before we get a bunch of Rough Cutt classics. The band returns to King Kobra with “Knock ‘em Dead” before we get treated to some good old Quiet Riot songs.

In the middle of the gig, the band takes a break and Shortino does three songs solo.  Just Paul, his acoustic guitar, great tunes and his fabulous voice. And plenty of emotion. This is a genuine rocker with a big heart who is not afraid of showing his emotions. While he is a world-class showman, here he shows us that he doesn’t necessarily need any fancy pyro or sexy dancers to entertain us.

With the Shortino/Northrup rocker “The Kid Is Back In Town” the band returns and then we get plenty of goodies from Rough Cutt’s back catalogue. During the evening we do get to see some of Shortino’s Las Vegas stage moves (he’s been fronting the Raiding the Rock Vault show in Las Vegas in recent years). This is a man who clearly loves being on stage and enjoys making people happy with his music. 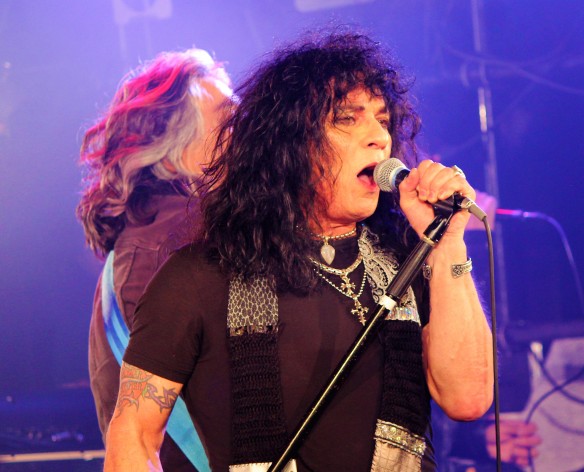 We get a rocking encore consisting of King Kobra’s “Ready To Strike” and, of course, Quiet Riot classic “Bang Your Head”. A fabulous night covering Shortino’s entire career ends with “Stars”, the Hear ‘n Aid charity single Shortino sang on with Ronnie James Dio, Rob Halford and others back in 1985. Here Shigeki Fujii proves that he is no mere background singer when he steps up and delivers some ridiculously good vocals next to Shortino. What a combo!

Paul Shortino Band is unique in that it gives Shortino complete freedom in performing songs from all parts of his career and not being restricted to just a certain band’s back catalogue. Thus we do get a truly great mix of music from a great American artist.