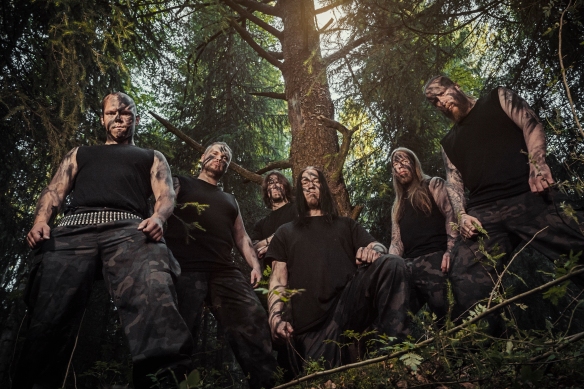 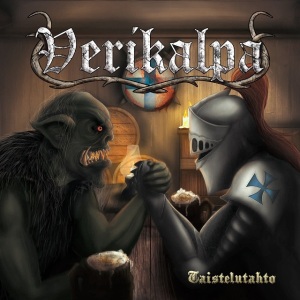 In the Nordic folk metal sub-genre of heavy metal there is plenty of great music to be found. Finland’s Verikalpa, a band about to release its debut album, refers to its version of folk metal as “troll/beer metal”. It’s a fitting label, but don’t be fooled by the somewhat not-so-serious lyrical themes: this is no comedy or novelty act. This band is for real and they’re actually a very good metal band.

There are a few key ingredients that can be found In all great folk metal: traditional folk music instruments and influences among the heavy metal, an angry vocalist, speed and often beer-fuelled energy. Verikalpa has all that and more. Their energy is contagious and makes me want to drink beer, dance and headbang. I can only imagine how good this can be live in a small club full of Finnish metalheads. Vocalist Jani Ikonen can no doubt rally the troops around Verikalpa’s battle hymns. 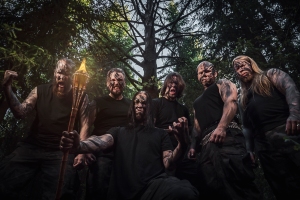 Style-wise this band lives in the same Nordic woods as Finntroll, Ensiferum, Moonsorrow and Korpiklaani. The lyrics are all in the band’s native Finnish language which makes this more authentic-sounding than some other bands in the genre. Verikalpa sounds VERY Finnish which is also why this appeals to me. On songs such as “Rautatammi” and “Pahan Laulu”, an accordion plays an integral role in the soundscape. This is a band from Oulu in northern Finland and they are proud of that. They do not pretend that they grew up in LA or New York. Yes, there is sex, drugs and rock’n’roll in the lyrics, but in the form of tales about Finnish-style drinking, hangovers, trolls and blood-spattered eternal battles. Great stuff which is entertaining and energetic.

Verikalpa’s “Taistelutahto” will be released on 16th February via Inverse Records.