Swedish rockers Thundermother are back with a brand new line-up and a great new album filled with terrific and smokin’ rock’n’roll.

In 2017, the band Thundermother fell apart when four of five members walked out. Founder and guitarist Filippa Nässil picked up the pieces, recruited three new fierce members and suddenly we had a brand new Thundermother that was better than ever. 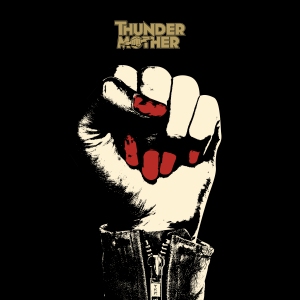 Thus, the new album is, obviously, purely terrific. The new recruits are Guernica Mancini on lead vocals, Sara Pettersson on bass and Emlee Johansson on drums. Together with Nässil they have created such a massively great rock’n’roll album that my ears are smiling from this groovy ear candy.

Guernica Mancini’s voice is a great fit for the band. She commands your attention and she gets it.

The new Thundermother plays bluesy hard rock. There are hints of AC/DC, even some Led Zeppelin, a pinch of Joan Jett and the Blackhearts and much more, including plenty of influences from 70s hard rock. But most of all, this is the new version of Thundermother and it is rather splendid stuff.

The single “We Fight for Rock N Roll” is representative of what this album is all about. Great, straightforward but catchy rock’n’roll. Great songs, simple but appropriate production of a terrific album by a new old band. With no weak spots or fillers, this is an album full of great tunes, such as “Revival”, “Whatever”, “Survival Song”, “Hanging At My Door”, “Rip Your Heart Out”, “Quitter” and so on. Hey, we even get a major power ballad in “Fire In The Rain”. But mostly this is a smokin’ rock album. 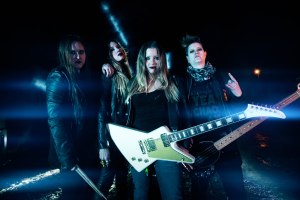 Thundermother – welcome back in your new upgraded version. Love it. Now how about a Japan tour so that we can get a live album sorted with this explosive rock band?

Thundermother’s self-titled new album will be released on 23rd February via Despotz Records.