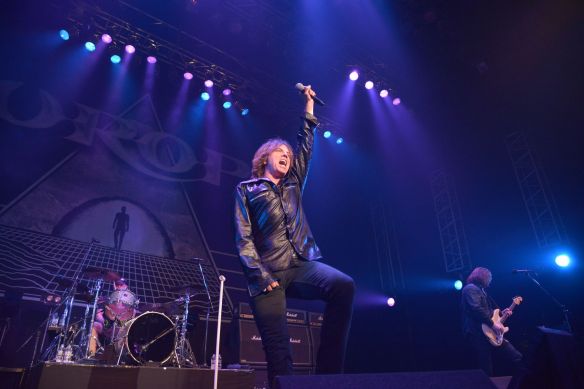 40 years after its foundation in a Stockholm suburb in 1979, rock band Europe is better than ever. I have seen this band live many times since I first saw them perform in their native Sweden in the 1980s. They always deliver. However, this evening is above what I have seen before, not least because they are playing some rarely performed songs. The evening turns into a two-hour masterclass in melodic hard rock. 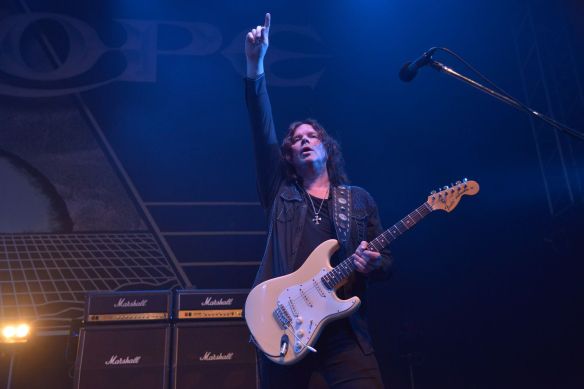 They open with the title track from the latest album, “Walk the Earth” and follow it with “The Siege” from the same album. They are off to a fabulous start and then give us old 80s favourite “Rock the Night” to really get the crowd going. The band is in rude health and they sound fantastic. The rhythm section – consisting of Ian Haugland on drums and bassist John Levén – is reliably rock-solid. Keyboardist Mic Michaeli gets to shine like a Swedish Jon Lord with some elaborate keyboard intros to several of the songs (not least with the splendid intro to “Sign of the Times”). The synth-pop keyboards of the 80s have matured into some proper organ playing. Guitarist John Norum is a quiet man but he communicates through his guitars. His guitar solos are terrific and more varied and emotional than before. We know he can play fast, but with age, it seems he now has realised it is not all about speed. Frontman Joey Tempest remains one of the best in the business. His voice has matured and become a bit huskier. It fits the current version of Europe perfectly.

The setlist this evening is fabulous. Each of the band’s three evenings at Club Citta, they perform a different setlist. This evening we get some goodies from the band’s self-titled 1983 debut album and the 2004 comeback album “Start from the Dark” in addition to the big hits and some of the newer songs. It’s an evening dedicated to some special songs, some of them deep cuts not often performed by the band. From the debut album, we get to hear “In the Future to Come”, “Seven Doors Hotel”, “The King Will Return”, “Paradize Bay” and “Memories”. From the comeback album, we get “Got to Have Faith”, “Start from the Dark”, “Hero”, “Wake Up Call” and “Spirit of the Underdog”. In the 21-song setlist (plus a drum solo) there are also some other goodies, such as “Ninja”, “Carrie” and “Ready or Not”.

The evening’s musical highlights for me are “Sign of the Times”, “Seven Doors Hotel”, “Start from the Dark” and “Wake Up Call”. The encore is predictable but no less world-class with “Superstitious”, “Cherokee” and, of course, “The Final Countdown”.

Europe, thank you for the lesson in how melodic hard rock should be done. Flawless. 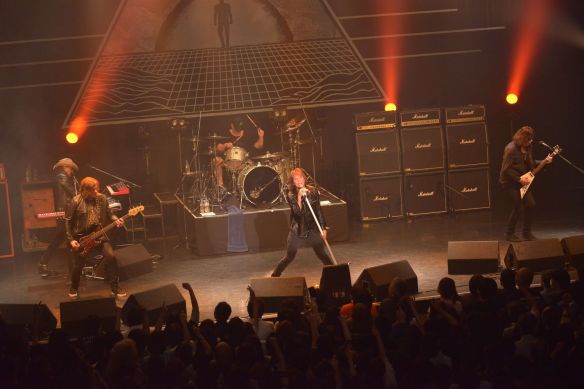