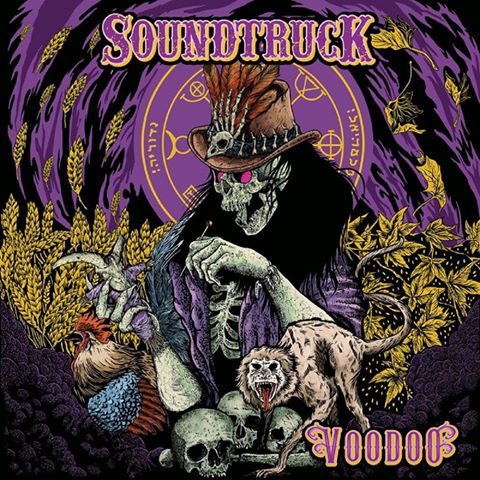 Soundtruck’s sound is bluesy hard rock meets middle-of-the-road radio rock. There is nothing dangerous here, nothing threatening, just decent rock performed by a great rock band. The band members see themselves as influenced by Southern rock acts such as Lynyrd Skynyrd, the Allman Brothers and Blackfoot and there is certainly plenty of that in the mix, but I feel that this is a bit broader than that. The guitars stand out on most tracks. There are some great guitar parts throughout the album and they are performed by guitar players (Vassilis Panagopoulos and Greg Apostolopoulos) who do not try to dominate the whole songs. “Heading Your Way” is solid stadium rock complete with a great guitar solo while “The Train” sounds like if it were the B-side on Bon Jovi’s Western-inspired hit “Wanted Dead or Alive”. “The Calling” has a hint of Monster Magnet in it with its groove, heaviness and great guitars. “Voodoo Woman” is rather jam-friendly in a Southern rock kind of way. “Stay” is a calmer track, bordering on an AOR power ballad. Overall, this varied nine-track record is a great rock album. Decent Southern hard rock from Greece, who would’ve thought?