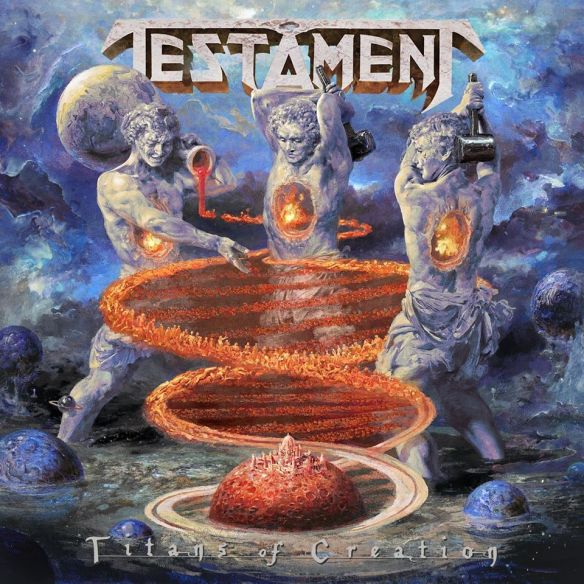 Yes! The Bay Area heroes in Testament are back with an album that oozes uncompromising old-school thrash metal.

The Testament boys have been around long enough to know how thrash metal is done. Hell, they even helped create the Bay Area thrash scene which has been one of the centres of excellence for thrash metal. Testament’s new album “Titans of Creation” is its 13th studio album since the band was founded in the mid-80s. It is gloriously uncompromising. This is a classic old-school kind of thrash metal that doesn’t sound dated at all. It’s fast, furious, hard-hitting and shredding as much as it should. I love it. They are not trying to do something new here, just more of the same, what they are good at. Testament has always been one of the best thrash metal bands and that position is reinforced with this new album. In Alex Skolnick, they have a multitalented guitar wizard that no thrash metal band has matched since Marty Friedman left Megadeth two decades ago. In Chuck Billy, they have a powerful world-class thrash metal vocalist. In Eric Peterson, they have a terrific songwriter who in recent years has also stepped up as a fab guitarist. The band’s rhythm section – Steve Di Giorgio on bass and Gene Hoglan on drums – is one of the heaviest in the business. As a unit, the current version of Testament is rock solid thrash metal awesomeness. The album is so good and even that it is hard to point to songs that stand out, but some of my favourites include opener “Children of the Next Level”, “WW III”, “Night of the Witch” and the absolute highlight: the smashingly in-your-face track “Curse of Osiris”. Obviously, I expected the band to put out a great, headbanging-friendly album. But it still feels so good to hear them deliver and exceed expectations.

Testament’s new album “Titans of Creation” is out now via Ward Records in Japan and Nuclear Blast internationally.