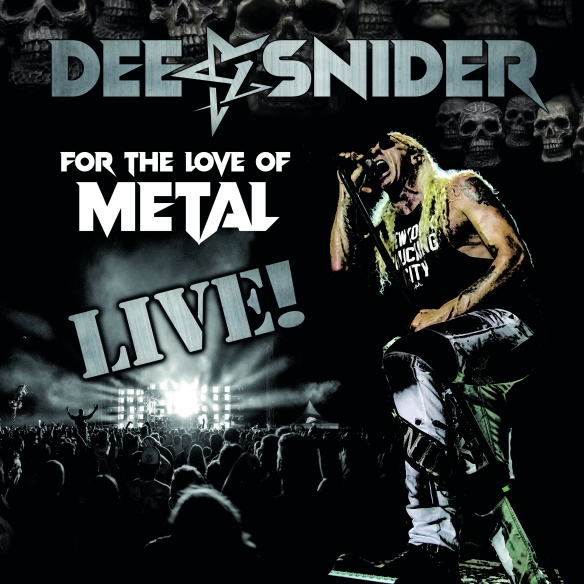 Twisted Sister may have called it quits in 2016, but its frontman Dee Snider keeps delivering both in the studio and live.

Former Twisted Sister frontman Dee Snider released a very good solo album, “For the Love of Metal”, two years ago and has been touring in support of that album throughout 2018 and 2019. A live album capturing some of those songs live in addition to favourites from Dee’s back catalogue makes a lot of sense, especially in 2020 when there are very few shows and the hunger for live music is great.

Just before a great and raw version of “Tomorrow’s No Concern” kicks off, Dee screams “For the love of metal, I am Dee Fuckin’ Snider!” That’s it. That is what this is all about. An in-your-face Dee Snider bursting with energy and here to entertain us. The album features material recorded live at several shows, including Dee’s show at British rock festival Bloodstock in August 2019. Unsurprisingly, we get treated to Twisted Sister favourites “You Can’t Stop Rock’n’Roll”, “The Beast”, “Under the Blade”, “The Kids Are Back”, “We’re Not Gonna Take It”, “Burn in Hell” and “I Wanna Rock”. There’s also an AC/DC cover in the form of “Highway to Hell” and a terrific new studio track called “Prove Me Wrong”. The new song is trademark Dee Snider: loud, cheeky, unapologetic and full of energy and attitude. Most of Dee’s recent solo material is quite strong and on this album we get great live versions of songs like “American Made”, “I Am the Hurricane”, “Become the Storm” and “For the Love of Metal”. If you like Dee Snider and Twisted Sister, you’ll love this live album. The production is quite raw with seemingly limited post-recording touch-ups or overdubs. It makes the album sound more natural and better.

Dee Snider’s new live album “For the Love of Metal – Live!” will be released in Japan on 31st July via Ward Records and internationally via Napalm Records. The live release will also be available in expanded DVD and Blu-ray formats.